I'm making progress on my second project, writing small biographies for Brad and Scott from my contemporary wrestling series. This was the first step, making their portraits from the cover of Red Sunset. I know how old they are, and where they are from originally, you'll find that out once I get the first one written. Your job is to help me with their birthdays. In a comment here, on on Facebook, or via a Tweet...let me know what dates you want for their birthdays. I'll take it from there!

And don't forget the weekly WOW going on at my Facebook page! Here's a sneak peek at this week's installment.....Warin! 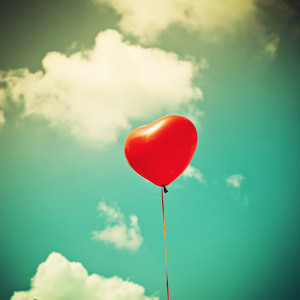 Just a short update about my health.

The last I wrote I was facing chemotherapy, and as of yesterday I have completed four rounds of the heavier chemo (cytoxan and adriamycin). It has not been without its struggles as I experienced an uncommon reaction from the first round (chills and high fevers, and four days where I was barely functional). In a few weeks I start on 12 weeks of lighter chemo (taxol). A few months after that we go back to completing the reconstruction.

Unfortunately the chemo has affected me to the point where I have not been able to return to my day job. I was disabused of the notion that I'd be writing every day, as I have a hard time concentrating long enough.

To fill up time, the other day I read a diary I kept during my junior and senior years in high school. Aside from making me cringe and laugh at myself, I noticed that I did have the writing bug even back then. I mentioned three novels I wanted to write, and I frequently wrote little stories for myself. It was uplifting in a funny way.

I have two projects I'm trying to do to keep myself "out there." First of all, I'm revisiting my novels via a "weekly wow" on my Facebook page. I am posting them here too for anyone who is interested. I'm also planning to write two character journal entries. They will be "where did I come from" sketches for Brad and Scott from Blue Moon/Red Sunset.

Otherwise, I spend my day playing solitaire on my phone, and watching the Food Network.

Although I know it's not a good idea to search for reviews, I did it anyway. Lo and behold I found this beautiful review for Promises and Lies at Amazon Canada. I'm always o touched when people *get* my work...and this reviewer did. The review is almost 2 years old, and back then I might have been thinking about a sequel (a Gabe/Mark specific sequel)...but not any longer. I've always said that Promises and Lies is my red-headed stepchild.

From the Urban Dictionary:

Okay, well the book is obviously my own, but I've always felt it was treated worse than my other books. On the other hand, I am highly-sensitive so it might be my imagination.

Recently Promises and Lies has sold a few more copies. For a book that is nearing its third anniversary I think that's a good thing. It has also gotten a few new ratings at Good Reads. Three star ratings for what is overall considered a three star book. I always feel like I don't know how I missed the mark with this book, but I did.

The climactic portion of the book deals with Jeff (one of the MCs) and how he is stricken with appendicitis. I spent a lot of time researching appendicitis. I've never had it myself, but I've known people who have. Apparently the editor also had know people who have had appendicitis before, and we clashed over many of the symptoms, and even the way I portrayed the medical language. One of the classic ways you can diagnose appendicitis is through looking at neutrophils. The editor insisted I enlighten people that neutrophils are a kind of white blood cell. All of this stuck in my head.

So, how does this cross over to real life? Have I had appendicitis myself in the interim?

No, but I did have a scary encounter with neutrophils.

As I have shared before, I'm battling breast cancer. At this point in time I am cancer free, but I'm suffering through chemotherapy as a means of making sure the cancer doesn't return. I've had two of four major doses of chemo. The second round reaction was more normal. Fatigue, loss of appetite, and other ailments I'm too ladylike to admit ;) The first round reaction, though, brought me right up against those nasty neutrophils. I suffered something called a neutropenic fever. According to the oncologist it's not common to have this sort of reaction. For four days I was wracked with chills followed by very high fevers. Eventually I was given an antibiotic, and I slowly got back to normal. My plastic surgeon is the one who told me that it's called a neutropenic fever, and because it sounded vaguely familiar, I looked it up. Ah...the neutrophils.

Unfortunately, I have little energy for anything beyond playing solitaire on my phone and watching CNN. I'd love to take advantage of this enforced down-time to whip out a novel, or at least a novella, but I don't think it's in the cards.

In case you're curious, here's the info about Promises and Lies.